The Godard season continues: Le Petit Soldat. Made the same year as Bout de Souffle but censored by the French gov, so not released till '63. Terrorism, spying. The torture scenes are very simple and very memorable. In fact I didn't think I'd seen the film until the soldat is in the bath, chained to the taps (visual reference, conscious or otherwise, to crucifixion) matches being burned under his hands. Not sure when I saw it before: a long time ago. Godard scenes: people photographing, reading books, talking about music. Informed by b/w photography: the scene in which the soldat photographs Karina, light and dark, great cinematography. A photo is the truth and cinema is 24 truths a second. Her first film with Godard (?), looking solemn and rather hesitant, and actually more beautiful and convincing than the pretty Karina of subsequent Godard films. A film full of pain and defensiveness, reminding of the traumas post WW2 and of French involvement in Algeria. But then Godard never does deal much with intimacy.

Lust: Caution, first impression, first half, a dull screen adaptation of the story, made tedious by the laboriously recreated street scenes. Why do directors think that throwing huge amounts of money in massive recreations makes a film more real, more authentic? Because having spent the money they have to spend too long filming it, and the narrative suffers. The second half is less distracted and it's when Tony Leung and Wei Tang take over. His performance stunning, wartime, it's torture and kill or be killed. And I'm still alive, he says. And his performance shows the cost. This isn't in the book and it's a mesmerizing addition. So it's another film 'about' the suffering of war. You don't need detailed reconstructions of streets to tell this story. Wang Kar Wei's treatment of the same period is much less elaborate and much more atmospheric.

Tango: the problems of distance and maintaining energy levels. Best when I'm in London early and eat at Moro. Stayed for Milonga class on weds and had a really good time. It means I get an early train back, an added bonus these days with the show coming up. So I think I'll skip the Dome for a few weeks. A good time on weds and then a rather mediocre Welsh Centre. I just seemed tired and not very inventive, but it kept the ball rolling. So it goes.
Posted by Tangocommuter at 13:23 No comments:

Just a check that this is all working. I suddenly discovered I had two blogs of the same name on the same site: some of my postings on one, some on the other. So I amalgamated them and deleted one (having copied the first) and it seems to have worked. There's now one complete blog. Just a check.
Posted by Tangocommuter at 22:20 No comments:

skip to main | skip to sidebar 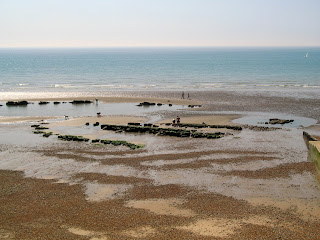 Posted by Tango commuter at 15:35 0 comments

April 13th was it, my last sign in? Typical.

Films: Le Chinois, Godard. A Chinese man with a bandaged face says: this is what they did to me, unwrapping the bandages. But his face unwrapped is quite normal. The press denounce him as a fake. Comments Goddard: they failed to understand that this was theatre and not reality.

A film about theatre and reality, about politics and violence. In some ways dated, but in the discussions of terrorism quite contemporary. Coming to terms with the Cultural Revolution and the war in Vietnam, with violence and change. & it all preceded May '68, and prefigured it too. Extraordinary.

Werner Herzog: Cobra Verde. His last film with Kinski? Another visionary epic, a very dark one.

Pierrot le Fou. Again. And every time it's as brilliant as ever. The moment Karina and Belmondo step into a car together you know the world is going to fall apart. Godard's timing and pacing are just so good: the brief comic moment before Belmondo goes to the island, shoots Karina and blows himself up.

Une Femme est Une Femme, Godard's only joking film. Karina looking impossibly, self-consciously pretty, and then a woman in a bar turns round and says that Jules et Jim is going well: it's Jeanne Moreau, and very real. Similar story to Jules et Jim, but Truffaut does it better. 'Breathless' was a story by Truffaut: they wrote it together. 1960.

Oh, and tango. It was hot in there last Friday, so good to sit outside and talk. You're wearing turquoise, and red and white flowers, clean bright colours. And dance. I still struggle to lead turns well: perhaps the most difficult thing, to get in the habit of turning the shoulders before moving the feet. It was better last week, I'd forgotten; need to practice. And to lead the salida properly, too.

The garden is an hour so work daily. It's hot. And the prints are coming along, slowly, but just about perceptibly.

Posted by Tango commuter at 15:13 0 comments

Appleblossom since about five days.

Films: 10 Canoes -- extraordinary that it didn't occur to me when watching that this was a recreation of something that hadn't happened since the 1950s, that it was recreated using photos taken by an anthropologist in the 1930s, that it became a focus for the people who recreated their own past, re-membering an ancient way of life that had lasted just about into living memory. Amazing to look at and think about.

Pierrot le Fou. We take road movies for granted but I'm not sure they existed before Godard. God ard. And typographic play. We take rambling plots for granted, they just seem lifelike, following people around. Vigo, peutetre. & a most desperate despairing story. We kill the thing we love. Films about death, and the impossibility of love. And Raoul Coutard's cinematography: stunning saturated colours. He could make b&w sing, he could make colour sing.

Tango: the Welsh has been a real treat recently, not too crowded, good crowd. Jill#s music a bit too much at the same tempo throughout. I only got to dance with regular partners, but danced 8.30 to 10.45 and exhausted. When the floor isn't crowded you can dance almost anything you want. Some especially great Valses.

Posted by Tango commuter at 13:12 0 comments

Posted by Tangocommuter at 22:13 No comments: